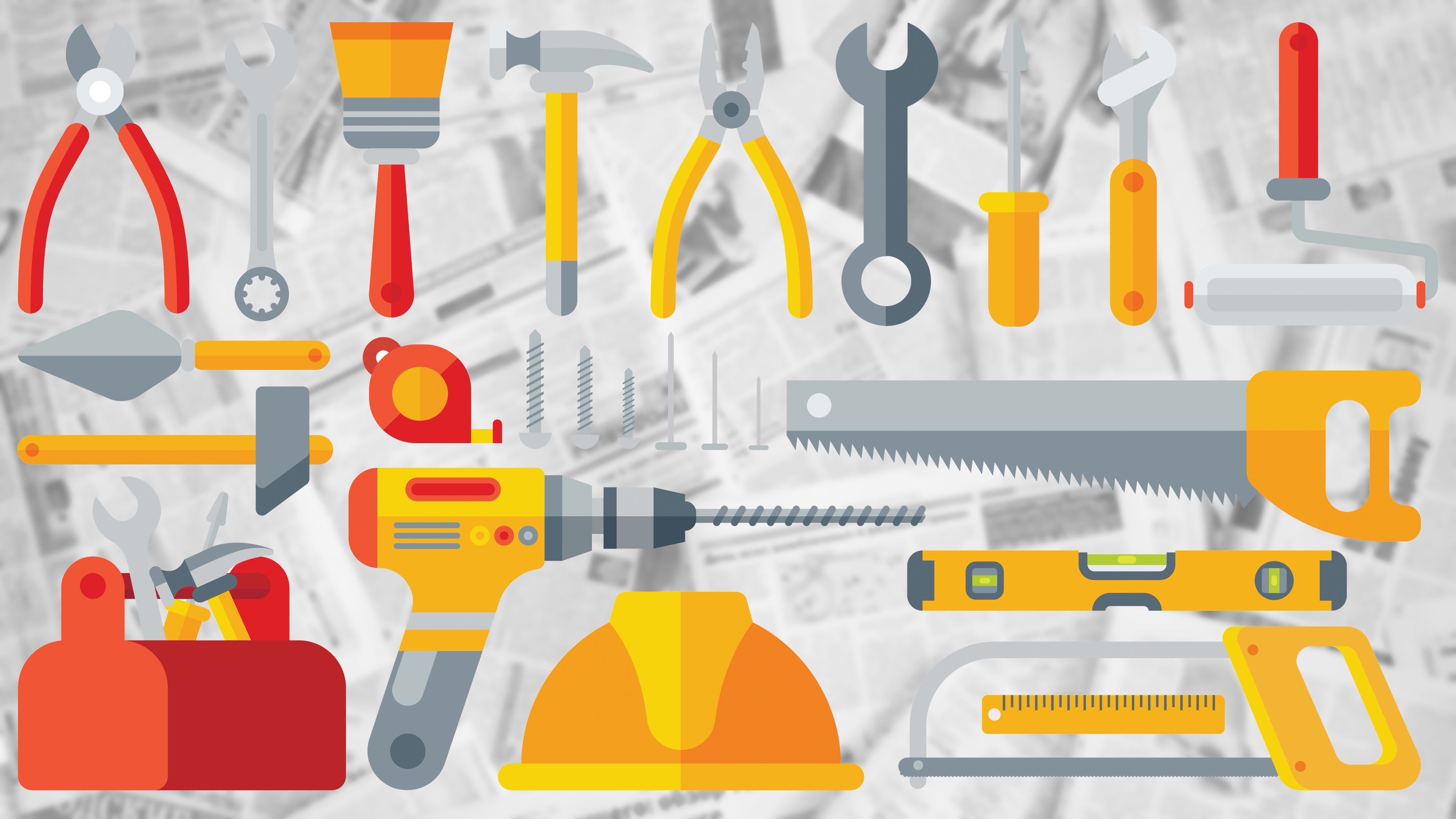 Everything on the GTS* project can be classified as software, hardware, procedures (operation) or documentation.

First acronym: GTS for “Greening the Spark” (see also acronym list at the bottom of this page)

There are two levels of control: simulator level where a supervisor determines what configuration will be run and when, and operator level where a grid operator interacts directly with the running simulator via a physical control panel. In the museum version, the supervisor takes the form of staff and visitor control panels and the configurations are predetermined, The diagram below shows the main simulation loop which controls the operation of the models.

The prime function of the main simulation loop is to provide the timing needed for loop iteration and synchronisation of the models. Every model has code for initialisation and looping. Other functions include storing simulation information for further analysis and compiling a simulation report or displaying the results of a game.

The simulation runs in simulation time but the actual software runs in real time. The relationships between quantities measured in these two time frames are illustrated in the diagram above. The rate at which simulation time runs faster than real time is called the time factor, like fast forward on a video player. A time factor of 60 allows a 24 hour simulation to complete in 24 minutes.

Due to hardware limitations* the fastest loop iteration speed is 6 Hz (real time) which is plenty for this project, where pinpoint precision isn’t required. Integrations of power to energy are linear but, as the changes are small and generally cyclical over the periods concerned, errors are small and not cumulative.

*The time taken to process analogue inputs is ~130ms so, together with updating the control panel displays, they are scheduled into three separate iterations: update displays, input 1, input 2. This happens twice a second making a total of 6 iterations per second, or 6 Hz. Slack time is calculated for each iteration and a warning issued if less than the minimum allowed (usually 5%). The first loop in any simulation always exceeds its allowed time and is ignored.

Grid controller operation is based on spacecraft monitoring and control system (MCS) model which reads telemetry (TM) from the various subsystems, takes input from the grid controller, interprets the control laws and then sends telecommands (TCs) back to those subsystems. This process repeats in a continuous loop until the simulation is finished. The MCS also contains a Storage Management System (SMS) which determines how energy is to be stored and retrieved in order to maintain a balanced grid. There is also a non-renewables management system (NMS) for autonomous control of fossil fuels and nuclear. In autonomous mode these sources are controlled without operator input. In the museum version there is a semi-autonomous mode where the NMS is in control by default and manual control is triggered by touching one of the controls. Autonomous control resumes when there has been no user input for a predetermined amount of time.

Static models run scenarios based on predefined weather and consumer demand patterns. Weather models include wind speed, solar intensity and temperature (although temperature isn’t used in the museum version – it is planned as an input to the consumer demand model). A pattern is defined as a uniform set of samples over a timeline. The value at any given moment is linearly interpolated between its enclosing samples. The samples in a timeline file represent a baseline from which actual and forecast timelines are calculated. These derived timelines are calculated from the baseline by addition of random Fourier components at DC, half wave, full wave and sample frequencies whose coefficients are a function of the difficulty level*. Forecasts can be either literal or differential, indicating what change is expected over the next sample interval.

*Difficulty level is a game type parameter affecting volatility and predictability of timelines as well as the scale of storage elements, the end result being to make controlling the grid less or more challenging.

Dynamic models include generation by fossil fuels and nuclear facilities which are controlled by the grid operator via the MCS control panel or autonomously by an NMS, and storage devices which respond to telecommands from an SMS.

Autonomous control (by the NMS) of the dynamic models can follow various strategies depending on priorities and sophistication. A simple model follows the difference between renewables and demand and allocates power proportional to generators’ capability. A better model takes storage into account. Other strategies include minimising cost or carbon dioxide emissions. or a compromise between the two.

Storage models are defined by two parameters: maximum power and capacity. Power is the rate at which a storage device can charge or discharge and capacity is the total energy a device can store. The amount of energy stored as a fraction of the capacity is called the level, so a half-full battery has a level of 0.5, or50% (the same as a half-empty one).

There is always a discrepancy between generation and demand. The Storage Management System (SMS) manages the storage devices with a view to meeting demand (no shortfall) and avoiding waste (no surplus).

Storage devices are ranked by level. When excess power is generated, the device with the lowest level is charged first at up to its maximum charge rate unless full. If more power needs to be sinked then the next device up in the level hierarchy is charged in the same way. This continues with the remaining devices as necessary. If the storage devices cannot sink all the excess power, then the MCS registers a grid status of surplus and the grid surplus LED is illuminated. Discharging works the other way round, where the device with the highest level is discharged first etc. If the storage devices cannot make up all the deficit and more power is still required by the grid, then the MCS registers a grid status of shortfall and the grid shortfall LED is illuminated. In all other cases the grid status is nominal.

Operation is divided into two rôles: staff, who work via the staff control panel, and visitors, who use the visitor and operator control panels (see picture below). A typical start up, operation and shutdown sequence is as follows:

Sparks are awarded on overall performance* in three “E” categories: Efficiency, Eco-friendliness and Economy where :

*Shortfall and surplus points are are calculated as a function of that quantity divided by total demand. If the total demand is zero, then the shortfall can only be zero. However, surplus can still be positive resulting in division by zero which computers don’t like (or exceedingly large numbers when demand is very small). The function used is a scaled arctan (tan-1 for mathematicians), which happily deals with numbers from nought to infinity, with a trap for division by zero which computers do not.

Sparks are calculated as a weighted average of relevant points and converted to a colour.

In the museum version, a report is generated for each game played, accessible by date and game number. In the prototype, a csv file is created for further processing / archiving. Reports contain the following information:

Summary data, comprising date and time information, total energy generated, used and stored, utilisation of various generators, total and average of costs incurred and CO2 produced. Comments and scores are attached to quantities which indicate how well a grid operator has performed; they are generally calculated by comparing to a best or worst case and assigning points accordingly*. Ranges are defined to map comments to scores.

The power comes from a 12V 20A switched mode PSU with a custom “glitch-buster” ultra-capacitor (4*10F@3V in series) storage device which can supply power for up to a minute in the event of power failure.

The Raspberry Pi’s are model 4Bs with 8GB ram and 32GB flash cards. The GTS one is fitted with a Red Robotics Redboard+.

This is the Raspberry Pi development area with an Adafruit T-Cobbler Plus connected to a breadboard.

All hardware is interfaced to the RPi via the Redboard+ hat. The various hardware types and connections are as follows:

There are representations of a wind farm with three model wind turbines and a sun lamp in front of a mural depicting actual wind and solar farms. These are controlled via the Redboard+ PWM motor ports, the turbines directly and the sun lamp via a custom Darlington pair driver circuit (just visible in the bottom right of the rear view picture) for extra ‘oomph, getting its power directly from the PSU.

The sunlamp has four high power 12V LED arrays powered by GTS and it also has a mains bulb so it can function as a normal room light when GTS is off.

The servos which drive the gauges need calibrating for both position and scale. There is a calibration program which uses the two power input control knobs (fossil fuel = coarse and nuclear = fine) to generate a voltage to control servo positions. Each servo is calibrated in turn for zero and full scale deflection, with the position values entered into the calibration file. Two modes of operation are possible, set by a simulation parameter at run time : full scale or proportional (standardised). Full scale uses the gauge FSD as the maximum power for that generator and standardised uses the FSD for the maximum power of the demand. Each gauge can show up to 110% FSD, limited by software to protect the servos from damage.

Power control knobs are calibrated for both position and scale. Each knob is calibrated in turn for zero and full scale deflection, with the measured voltages entered into the calibration file.

Representations. The solar lamp needs no calibration measurement as such: zero is off and 100% PWM is fully on; scaling is provided in the calibration file to match sun intensity to lamp brightness, using the maximum sun intensity anywhere on earth as a guide. The wind turbines, however, are a bit more complicated.

With wind turbine models it is necessary to match up the stall and maximum safe speeds of the physical models with realistic stall and maximum safe wind speeds of a real turbine. Hysteresis complicates matters as the actual stall speed is different depending on whether it is slowing down or speeding up. Using the control knobs as before, calibration software allows the stall speed in both directions to be measured as a PWM % sent to the model. The natural stall speed of the model is then overridden in software so that anything below the stall wind speed is interpreted as zero power and the turbine behaves more or less as expected.* The maximum speed of the model turbines is set so as look realistic and not wear out too quickly.

This is where the chips are fried and other components and boards tested to destruction. Happy days.

Back to GTS main menu.

This was the original prototype ands demonstrated the basic functions of the models and the control system, the Raspberry Pi implementation and the operator control panel.

Version 2 was a more sophisticated simulator with many enhancements including time management:

and various other improvements:

Runs as an interactive exhibit in real time or as a game. New physical control panel for visitor and staff operation. Small physical mockup of how it might might look in a museum environment, using logarithmic scaling* (see picture below).

This version is currently work in progress.

* Put simply, things at the back of the display are to a larger scale than those at the front.

This is the wish list for long term development. This stage will be defined as Mark II. Don’t expect these features anytime soon!

This page is still under construction and following the progress of the GTS project itself as it unfurls in real time. Cornucopia wishes to apologise for any inconvenience or disappointment this may cause.